About EUR 2.5 billion of the total business volume was generated by the public-benefit business area. The majority of our work in this area is commissioned by the German Federal Ministry for Economic Cooperation and Development (BMZ) and other German public sector clients.

Around EUR 88 million of the total business volume is attributable to GIZ’s taxable business area, International Services, through which we are commissioned by international institutions such as the European Union, the United Nations, governments worldwide, businesses and private foundations.

BUSINESS VOLUME OF AROUND EUR 2.6 BILLION

GIZ is increasingly acquiring funding through ideas competitions, in which it competes with public and public-benefit institutions. Examples of these include the BMZ special initiatives One World – No Hunger, Tackling the Root Causes of Displacement, Reintegrating Refugees, and Stability and Development in the MENA Region, which generated income of EUR 255 million in 2017. This type of special initiative is playing an increasingly important role for GIZ alongside budget items for official bilateral cooperation.

GIZ’s competitiveness and attractiveness as an implementing organisation is also reflected in the steady rise in cofinancing in recent years. This accounted for EUR 392 million of GIZ’s income in 2017. Cofinancing is funding provided by third parties for measures carried out by GIZ on behalf of BMZ or other German public sector clients.

As cofinanciers, third parties can either finance a percentage of the total costs of the measure, or partially or fully finance a component of the measure. The European Union was the largest cofinancier in 2017 with around EUR 245 million, followed by the United Kingdom’s DFID with EUR 34 million. 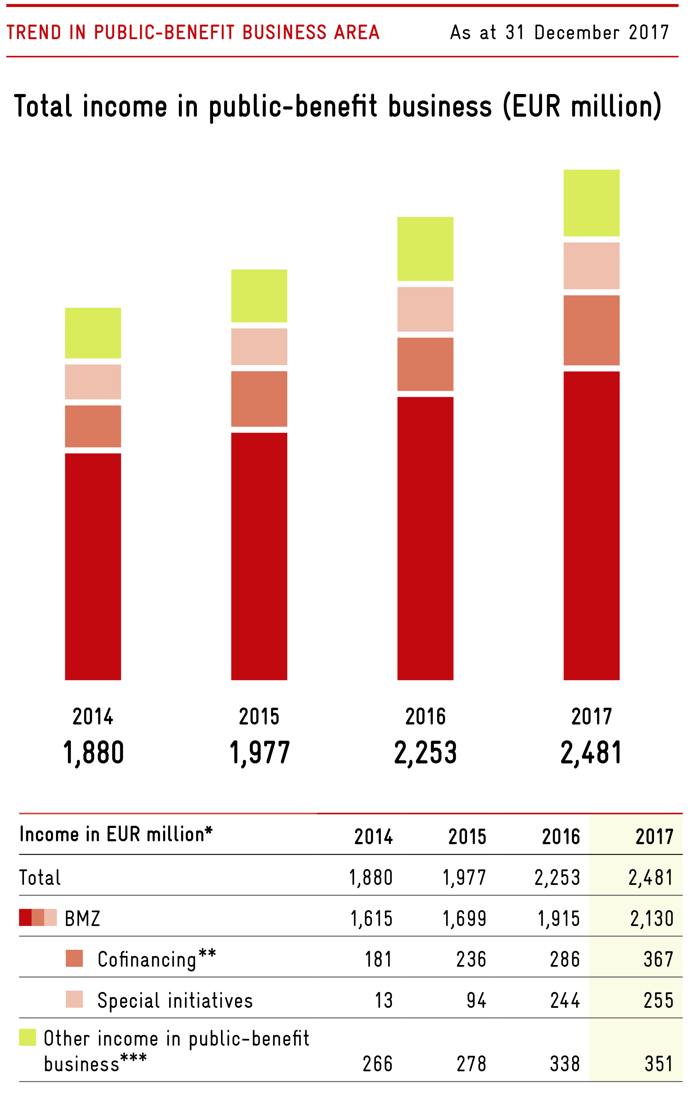 *All values shown without decimal places. There may therefore be rounding differences.

**This figure shows only cofinancing for BMZ commissions, which is included in the total income generated in commissions implemented on behalf of BMZ.

*All values shown without decimal places. There may therefore be rounding differences.

**Cofinancing arrangements involving commissions from all other German public sector clients (with the exception of BMZ).

*** Indirect income from European Commission-financed bilateral administrative partnerships between the German Government and accession candidates or European Neighbourhood Policy states; GIZ is commissioned by the pertinent German federal ministry to prepare and support such measures. 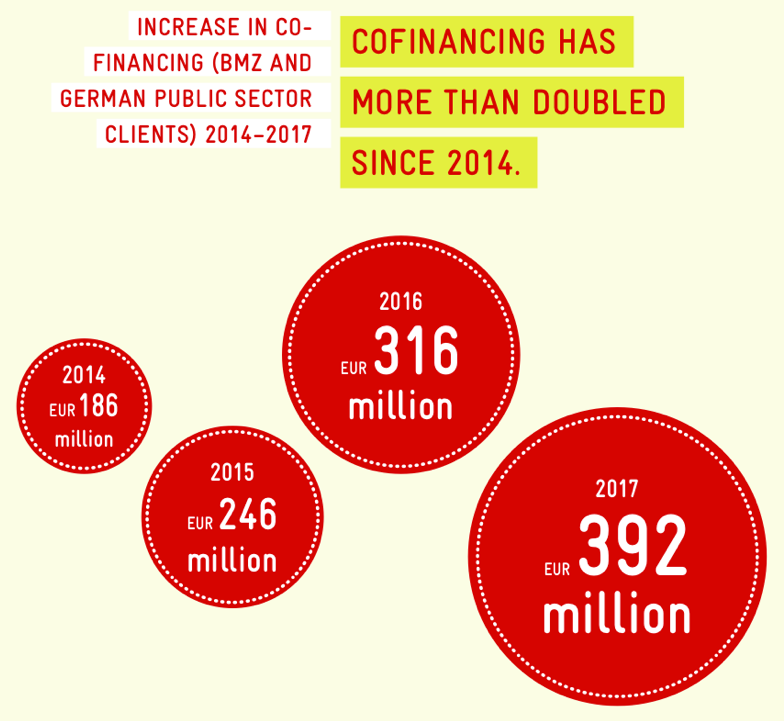 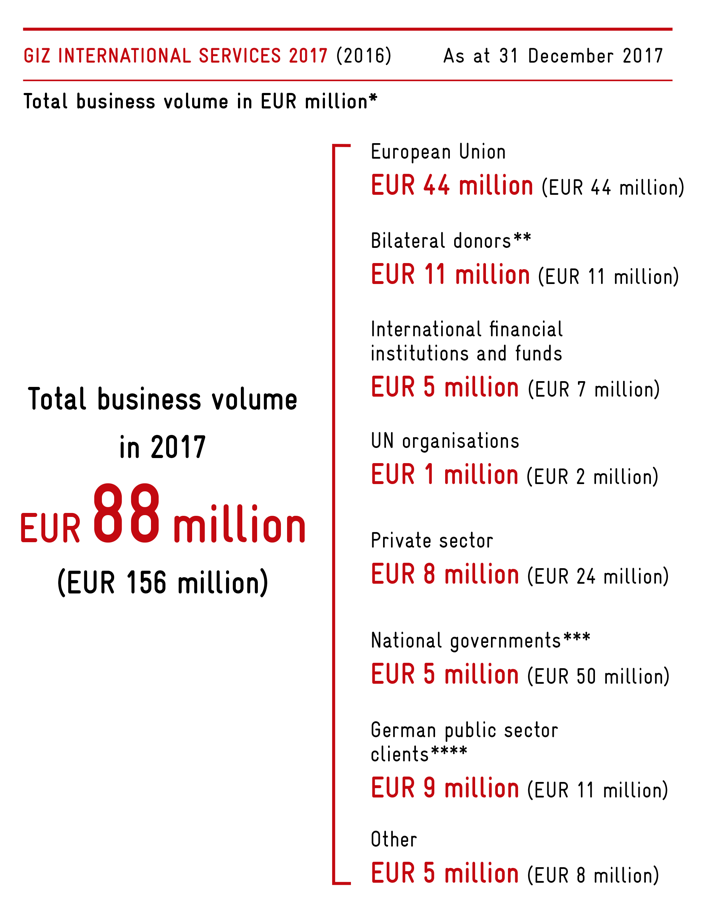 * All values shown without decimal places. There may therefore be rounding differences.

** Includes all funding from a national budget unless the funds can be attributed to a country in which we operate (in which case they are included under ‘national governments’). Examples of traditional bilateral donors are DFID, SDC, DGIS and Australian Aid.

*** Includes financing bodies that use funds from the budget of a country in which we operate, e.g. ministries of the Kingdom of Saudi Arabia and the Ethiopian Government.

**** Covers all German public sector clients including federal ministries but in the case of InS also, for instance, the German Aerospace Center (DLR) and Engagement Global.