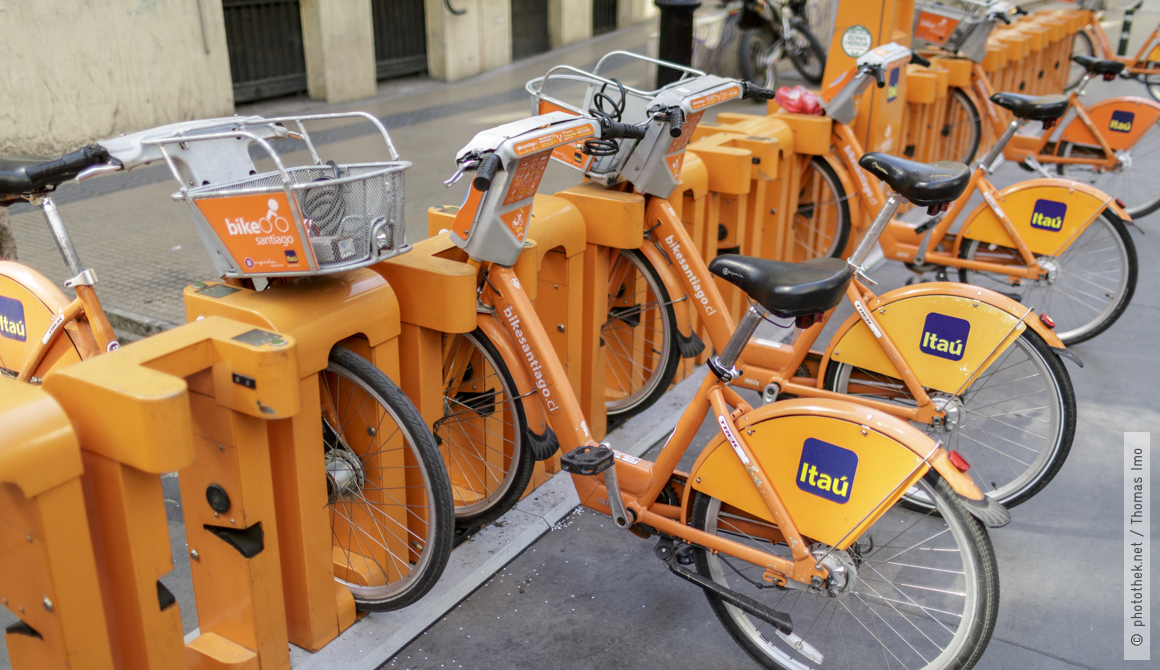 REDUCE, SUBSTITUTE, OFFSET – THIS IS HOW GIZ PROMOTES CLIMATE CHANGE MITIGATION IN ITS GUIDELINES ON CORPORATE ENVIRONMENTAL MANAGEMENT.

In order to maintain an ecological balance and counteract global climate change, reducing GHG emissions is a core component of our Corporate Strategy. Our approach to GHG emissions in Germany comprises three steps – reduce, substitute and offset.

VIDEO CONFERENCES INSTEAD OF LONG JOURNEYS

International air travel is by far our biggest source of GHG emissions. That is why we are striving to reduce our business trips wherever possible. We have installed more than 70 video conference systems in Germany that help us reduce the number of business trips we make. Virtual meetings and conferences are also possible from every workstation.

For journeys within Germany, we encourage our staff to travel by rail. By participating in Deutsche Bahn’s Environment Plus scheme, they travel using 100 per cent green electricity. In recent years, the number of rail journeys per staff member in Germany has increased, while the number of air kilometres has fallen. Company cars are not a significant environmental factor for us in Germany. In 2017, GIZ had just 18 vehicles in total.

In Germany, GIZ procures 100 per cent green electricity wherever possible. Preventing GHG emissions is especially important outside Germany, as alternatives (such as the use of green electricity) are often not available on the market.

COMMUTING IS AN IMPORTANT ENVIRONMENTAL FACTOR

Commuting is an important indirect environmental factor for us in Germany. It accounts for around 12 per cent of our mobility-related GHG emissions in Germany and around nine per cent outside Germany. As well as offering employees a subsidised travel pass for use on local public transport, we therefore also support measures such as the expansion of cycling infrastructure. Furthermore, we are expanding our e-mobility infrastructure. The Meander Building in Bonn now has four charging stations in addition to those in Eschborn. Charging stations have also been incorporated into the underground car park of the new building at GIZ’s Kottenforst Campus.

To gain a better understanding of the mobility behaviour of our staff, a commuter survey was conducted at GIZ’s three biggest locations in Germany (Bonn, Eschborn and Berlin) in September 2017.

The purpose of the survey was to establish a reliable database for GIZ’s corporate sustainability reporting obligations. A further aim was to shed light on how satisfied employees are with existing mobility services. The results will also be used to improve construction of GIZ’s new Campus 2020 office complex in Bonn.

The response rate of 48 per cent delivers a solid database for CO2 calculations. The survey also provided numerous ideas and requests concerning the further development of our mobility services.

Calculations of GHG emissions outside Germany include all national and international air travel by field staff, national personnel, development workers, consulting companies and consultants working for us as well as representatives of partner organisations whose air tickets were purchased through our local travel agencies and included in GIZ’s accounts. The total value of emissions is divided by the number of field staff, national personnel and development workers.

Evaluating the environmental impact of company vehicles in our partner countries is different than in Germany. In most cases, there are no environmentally friendly alternatives. Thus, almost 4,000 vehicles were in use worldwide in 2017 and insured via our Eschborn office. These are primarily private cars and motorcycles. In 2017, we developed a tool that can be used to estimate GHG emissions from commuting outside Germany. These values are not yet included in the figures on GHG emissions because, when determining the reduction targets for the field structure, no database was available for outside Germany in 2016.

GIZ’s reporting of the GHG emissions it produces is based on the Greenhouse Gas Protocol (GHGP).

This categorises direct and indirect emissions into three broad scopes:

In our Environmental Programme 2016‒2020, we set ourselves the goal of reducing our GHG emissions globally. Specifically, we intend to reduce emissions by 2 per cent per capita per year in the field and by 2.5 per cent in Germany. In addition, we are committed to offsetting the GHG emissions we generate around the world.

Due to further structural changes at the biogas facility in Thailand, which led to significant delays in verification, no new certificates have been issued by this contractual partner to date. Further offsetting of emissions generated in 2015 and 2016 through the offsetting project is still pending. Thus, GIZ still has to offset emissions generated in 2015 (21,791 tonnes), 2016 (22,509 tonnes) and 2017 (25,088 tonnes) by obtaining the relevant certificates.

GIZ’s locations in Germany and many other countries organised a variety of events as part of the german action days in 2017. They all promote more responsible and sustainable use of consumer goods and energy. You can find further information under: GIZ’s commitment to sustainable social change