Boosting the economy
Creating prospects together
Our work around the worldEconomy and investment in AfricaAFRIKA KOMMT! – Aspiring managers, take note! 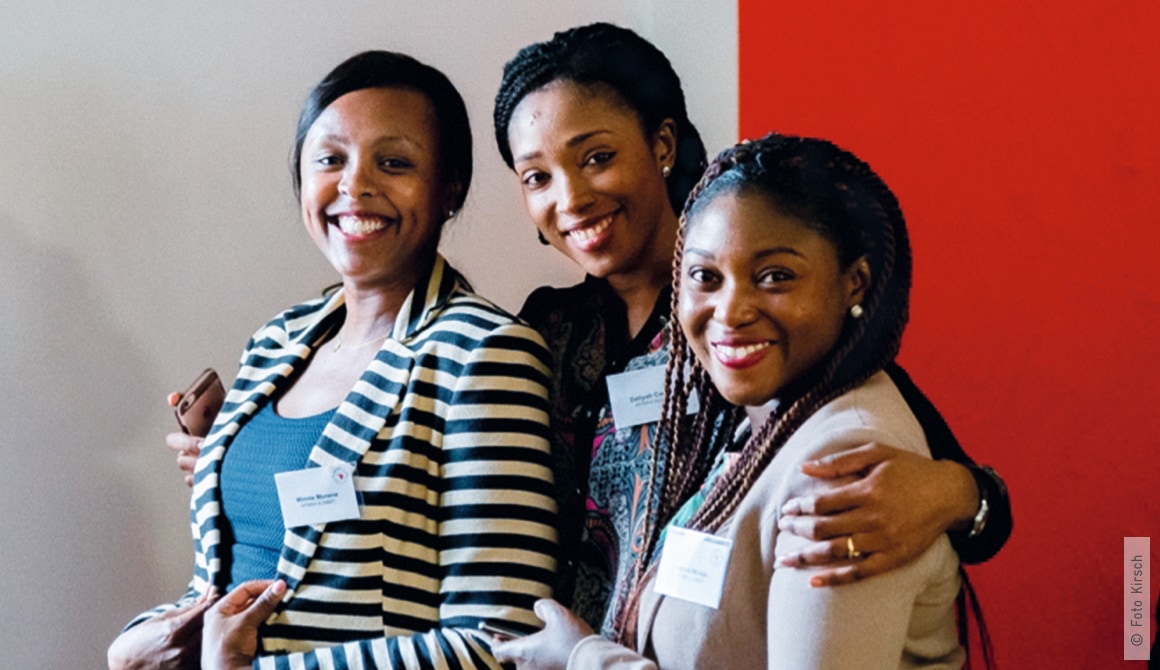 Building bridges between continents reaps rewards: for more than a decade, the AFRIKA KOMMT! programme has been bringing together German companies and future managers from sub-Saharan Africa.

The young professionals spend eight months at a German company, with the aim of gaining experience and broadening their horizons. Since it was first introduced, more than 150 highly qualified individuals from over 20 African countries have completed the programme. The companies, in turn, get to expand their networks in Africa and benefit from the country-specific knowledge of highly motivated and talented individuals.

The AFRIKA KOMMT! initiative was founded by 19 leading German companies in 2008. The programme is now so popular that around 6,000 young Africans apply for the 25-30 places that are available each year. Almost three quarters of participants continue to work for the companies once their time in Germany is over – for example helping to set up the first branch offices in their home countries. The companies are thus able to improve their business operations in Africa and, at the same time, support local economies. GIZ manages the entire programme on behalf of the initiative and selects candidates together with the companies.

In this interview, Uwe Raschke, Member of the Board of Management at Robert Bosch GmbH, talks about his company’s involvement in AFRIKA KOMMT!.

What inspired Bosch to launch the AFRIKA KOMMT! initiative?

Uwe Raschke In 2008, Tilman Todenhöfer, then Managing Partner of Robert Bosch Industrietreuhand KG, and Horst Köhler, the Federal President of Germany at the time, recognised a fact that has been increasingly acknowledged in recent years: the German private sector needs to focus more on Africa, particularly sub-Saharan Africa. The result was the launch of AFRIKA KOMMT!. This initiative enables young Africans to take part in a one-year training programme in which they learn more about Germany and its companies and, ideally, contribute to the long-term success of German companies in sub-Saharan Africa.

What has the programme achieved so far? How do participating companies benefit from it?

More than 10 years since the programme was launched, the idea has been a huge success: almost 160 participants have now completed the programme and taken part in internships at German companies. Today, many of them work for these companies at their offices around the world, but mainly in Africa. Every year, around 6,000 young experts and managers apply for one of the much sought-after places on the programme. It’s not easy to select candidates, as there are many more highly qualified applicants than there are places. At the same time, the number of scholarship holders is increasing every year. In 2008, 19 internship places were offered; today, this figure stands at 44. Participating companies are extremely satisfied with both the programme organisation and the quality of selected candidates.

What do you appreciate about working with GIZ? What makes the working relationship special?

The programme would be inconceivable without GIZ. It oversees the entire process with passion, reliability and great professionalism. It advertises vacancies and selects candidates, is responsible for overall administration such as obtaining visas and finding accommodation, and also offers various training courses and events as part of AFRIKA KOMMT! GIZ has contributed to the hugely successful development of the programme over the years.

What do you hope for the future of the programme?

I would like to take this opportunity to thank the participating companies and express the hope that they will set even more ambitious business objectives in Africa in future and recognise the enormous potential of the continent: not least through the young professionals who take part in AFRIKA KOMMT!. 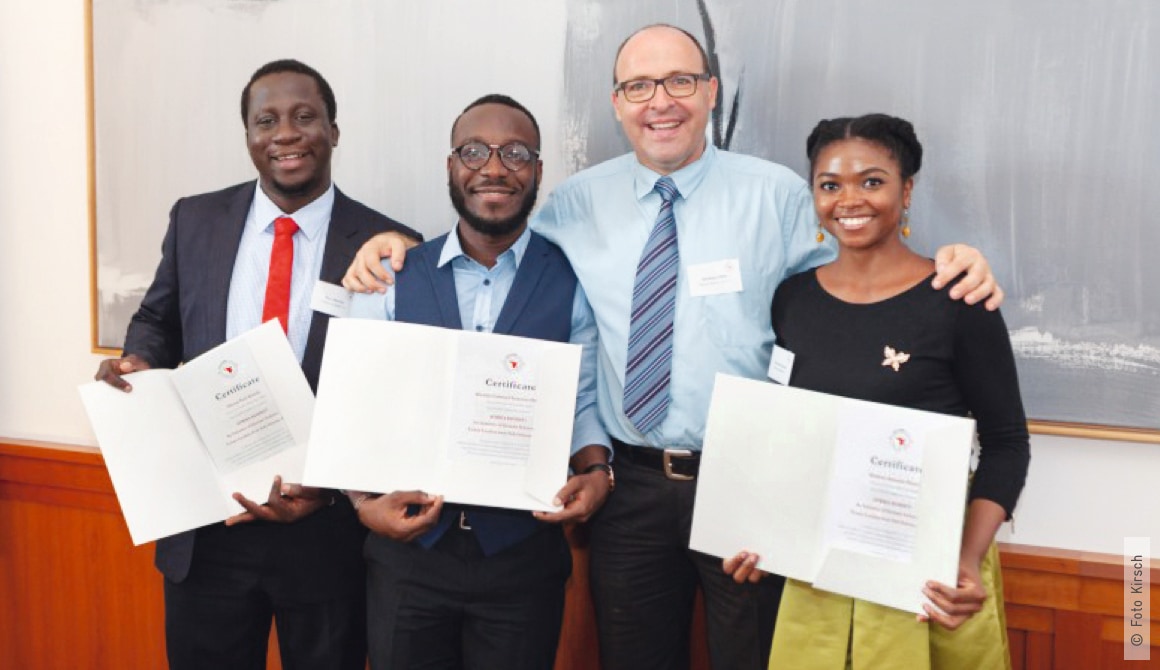 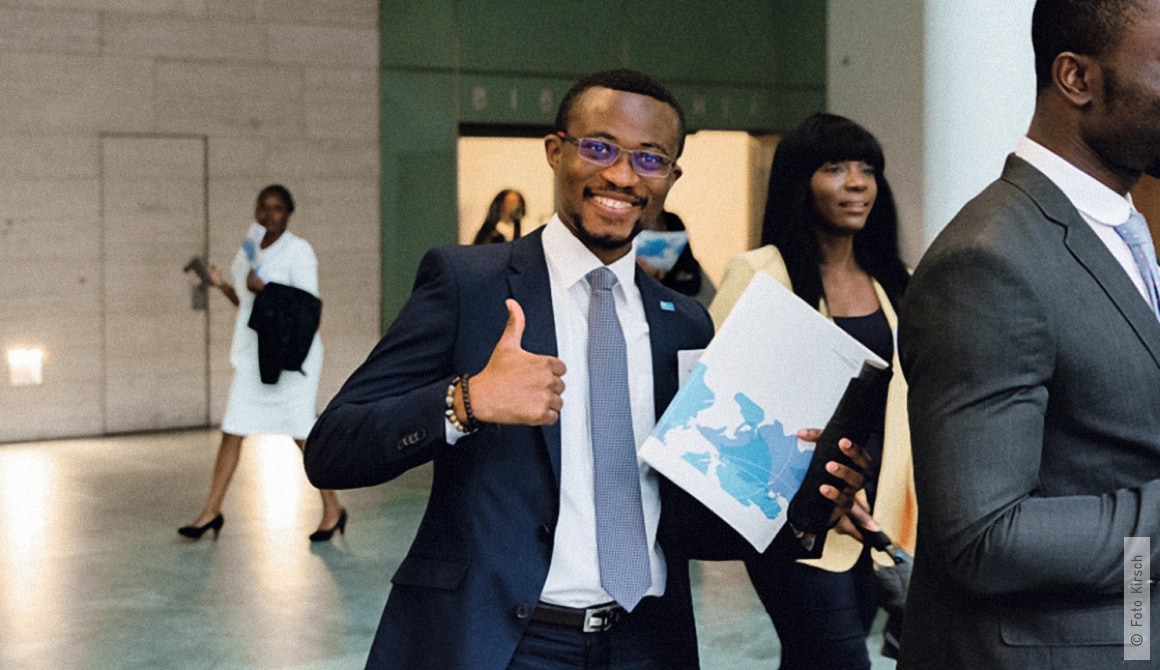 ‘Managers are not born, they are made – and AFRIKA KOMMT! is a phenomenal springboard that enables young Africans to become managers capable of successfully harnessing Africa’s potential.’