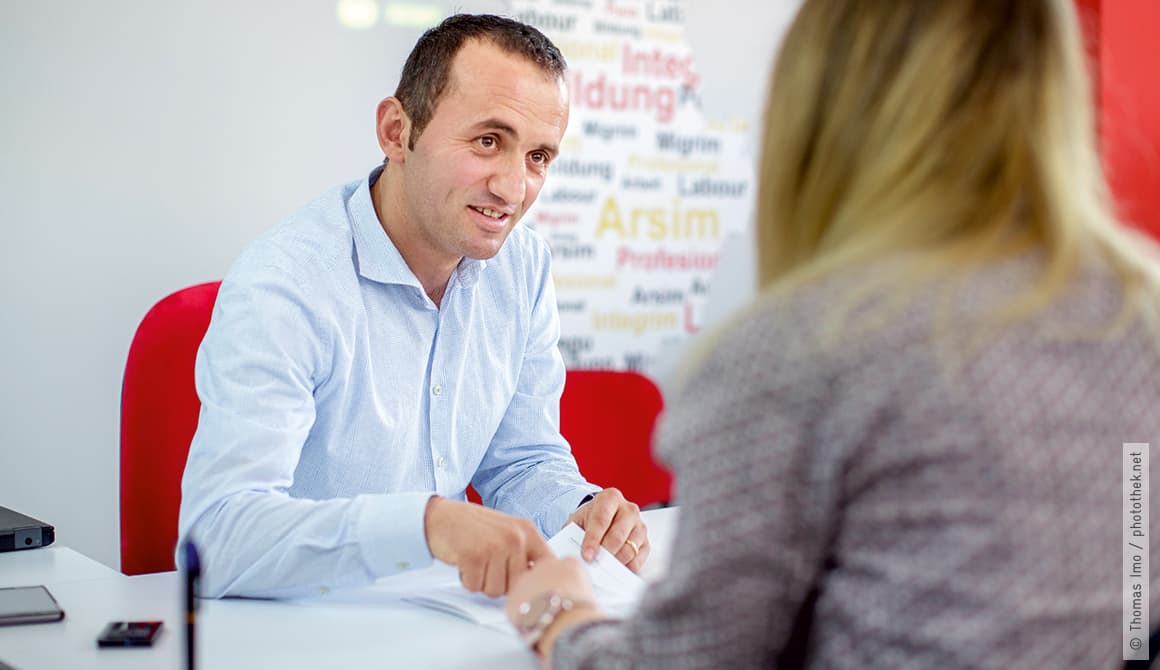 THERE ARE MANY REASONS WHY PEOPLE LEAVE THEIR HOMES – BUT ALMOST ALWAYS IT’S THE HOPE OF FINDING A BETTER, MORE PEACEFUL AND SAFER LIFE, OR THE CHANCE OF HELPING THEIR FAMILIES BACK HOME BY EARNING A HIGHER INCOME. THE JOURNEY IS OFTEN A LONG ONE – AND NOT JUST GEOGRAPHICALLY.

As well as providing safety and emergency aid, creating prospects for the future is therefore the key task in GIZ’s programmes – for refugees, internally displaced persons (IDPs) and migrants. Migration especially needs managing. This can also mean building prospects where people would most like to be: at home.

COLOMBIA – A FRESH START IN THEIR OWN COUNTRY

Displacement does not always take people to other countries. In the face of violent conflict, most people flee to more peaceful regions in their own country. Virtually unnoticed by the global public, Colombia has the highest number of IDPs anywhere in the world – some 6.8 million people have fled the civil war. Often they are unwelcome, because resources and infrastructure are barely sufficient even for the local population.

Safe water, housing, schools and work are in short supply – for everyone.

The local authorities and provincial governments are often not in a position to provide IDPs with prospects for a fresh start in life. They are being supported in this complex task by GIZ, which is implementing several projects in Colombia on BMZ’s behalf.

In Caquetá Department, for example, one of the regions most severely affected by the armed conflict, GIZ is helping the mayor’s office in the capital, Florencia, to set up a victim support service point for displaced persons. The service point aims to allay their fears of further displacement, and encourage them to register. In order to qualify for compensation, IDPs must be entered in the register of victims. This also makes it easier for them to find a job.

The first results of this engagement are plain to see. Almost 4,000 people have found work, many of them single mothers. Forty small enterprises have started up, and around 100 people have received training in the booming construction industry. And members of a first indigenous community who were forced to leave their homes are now living at a new location where they can preserve their culture outside their traditional territory.

Alongside wars and conflicts, a lack of prospects is the most frequent reason why people leave their homes. Boosting economic activity is therefore one of the key tasks in emerging economies and developing countries.

This is why Tunisia intends to encourage young people to enter the promising digital industry by 2020. ‘m-dev’, a project for developing smartphone apps, aims to help them do so.

The project is supported by the country-wide Initiative for Economic Stabilisation and Youth Employment, which GIZ is implementing on BMZ’s behalf. It is part of BMZ’s special initiative ‘Stability and development in the MENA region’.

A first app competition demonstrated just how promising this approach is. Supported by designated IT specialists, 8,600 young people developed over 1,000 apps for the national and international market. Some of the apps are so successful that they have led to the emergence of business models, enabling the developers to set up in business for themselves.

‘m-dev’ includes a particular focus on developing apps that promise solutions to regional problems, for instance in the fields of health, agriculture or education. One of the 200 best apps developed was Fama Mass, which helps fishermen find good fishing grounds. Another app provides women with information on their rights and helps them bring legal action when these are violated, for example if they experience harassment.

A shortage of training opportunities and jobs in partner countries and a skills gap in Germany – this is why GIZ is advising institutions in Germany and partner countries on managing legal labour migration for trained specialists. In Morocco, for instance, GIZ International Services – in cooperation with the National Agency for the Promotion of Employment and Skills (ANAPEC) and the German Hotel and Restaurant Association (DEHOGA) – is offering young people an opportunity to undergo training in the hotel and catering sector in Germany.

110 selected candidates will first attend courses in Morocco on the German language and culture in order to prepare them for life and work in Germany. Then the German companies, which will provide further support to ensure successful implementation of these courses, will themselves be prepared for working with the trainees before the training begins. Everyone wins. The companies benefit from highly motivated young people, and the trainees can increase their chances of finding employment in Germany, or in Morocco should they wish to return at a later date. This migration project is being financed through the World Bank Middle East and North Africa (MENA) Multi-Donor Trust Fund.

HAMBURG – A FRESH START ON THE ELBE

Through Make it in Hamburg! the City of Hamburg is helping well-trained professionals, skilled labourers and other specialists from all over the world integrate into the labour market. It relies on a combination of personal advice and counselling, individual coaching and further training, as well as on a network of chambers, advisory agencies, public institutions and universities that advise young people looking for jobs, place them in internships and provide them with information on the recognition of foreign qualifications.

Since 2016, the Hanseatic City of Hamburg has also been applying the lessons learned to help refugees with an academic background. Depending on their own circumstances, these refugees are provided with an overview of the German labour system and help in obtaining a work permit. GIZ’s State Office Hamburg is supporting the project, which is being financed by the European Social Fund and the Hanseatic City of Hamburg. By the end of 2016, Make it in Hamburg! had helped a total of 840 migrants and a further 173 refugees make a new start in the city.

A BRIDGE BACK HOME TO KOSOVO

Awareness of the fact that economic migrants are not entitled to asylum is gaining ground in Kosovo. One consequence is a reduction in the number of people from Kosovo seeking asylum in Germany. And more and more Kosovars are returning to their homeland – in 2016, almost 5,500 people claimed the financial support for returnees offered by the German Government. Yet the returnees face a slack labour market when they get there.

URA (Albanian for ‘bridge’) – a project for which nine of Germany’s federal states and the Federal German Government are working together – aims to ease their passage when they arrive home. On behalf of Germany’s Federal Office for Migration and Refugees (BAMF), GIZ advises the returnees on how to find a job and what training opportunities are available. Many of them sold their property in order to get to Germany. To alleviate social hardship, those in need receive financial assistance to help cover the costs of rent, training, travel or medical treatment, as well a wage top-up in job creation schemes.

RETORNO: Supporting returning IDPs and host communities with regard to food security and reconstruction